This could very well happen here on our Continent

In 19789 I was living and studying in Denmark. But in 1978  even in Copenhagen, one didnt see Muslim immigrants. The Danish population embraced visitors, celebrated the exotic, went out of its way to protect each of its citizens. It was proud of its new brand of socialist liberalism one in development since the conservatives had lost power in 1929  a system where no worker had to struggle to survive, where one ultimately could count upon the state as in, perhaps, no other western nation at the time.

The rest of Europe saw the Scandinavians as free-thinking, progressive and infinitely generous in their welfare policies. Denmark boasted low crime rates, devotion to the environment, a superior educational system and a history of humanitarianism.

Denmark was also most generous in its immigration policies  it offered the best welcome in Europe to the new immigrants: generous welfare payments from first arrival plus additional perks in transportation, housing and education. It was determined to set a world example for inclusiveness and multiculturalism. How could it have predicted that one day in 2005 a series of political cartoons in a newspaper would spark violence that would leave dozens dead in the streets  all because its commitment to multiculturalism would come back to bite?

By the 1990s the growing urban Muslim population was obvious  and its unwillingness to integrate into Danish society was obvious. Years of immigrants had settled into Muslim-exclusive enclaves. As the Muslim leadership became more vocal about what they considered the decadence of Denmarks liberal way of life, the Danes  once so welcoming  began to feel slighted. Many Danes had begun to see Islam as incompatible with their long-standing values: belief in personal liberty and free speech, in equality for women, in tolerance for other ethnic groups, and a deep pride in Danish heritage and history.

An article by Daniel Pipes and Lars Hedegaard, in which they forecast accurately that the growing immigrant problem in Denmark would explode. In the article they reported:

Muslim immigrants constitute 5 percent of the population but consume upwards of 40 percent of the welfare spending. Muslims are only 4 percent of Denmarks 5.4 million people but make up a majority of the countrys convicted rapists, an especially combustible issue given that practically all the female victims are non-Muslim. Similar, if lesser, disproportions are found in other crimes.

Forced marriages  promising a newborn daughter in Denmark to a male cousin in the home country, then compelling her to marry him, sometimes on pain of death  are one problem:

It is easy to understand why a growing number of Danes would feel that  Muslim immigrants show little respect for Danish values and laws. An example is the phenomenon common to other European countries and Canada: some Muslims in Denmark who opted to leave the Muslim faith have been murdered in the name of Islam, while others hide in fear for their lives. Jews are also threatened and harassed openly by Muslim leaders in Denmark, a country where once Christian citizens worked to smuggle out nearly all of their 7.000 Jews by night to Sweden  before the Nazis could invade. I think of my Danish friend Elsa  who as a teenager had dreaded crossing the street to the bakery every morning under the eyes of occupying Nazi soldiers  and I wonder what she would say today.

In 2001, Denmark elected the most conservative government in some 70 years  one that had some decidedly non-generous ideas about liberal unfettered immigration. Today Denmark has the strictest immigration policies in Europe. ( Its effort to protect itself has been met with accusations of racism by liberal media across Europe  even as other governments struggle to right the social problems wrought by years of too-lax immigration.)

If you wish to become Danish, you must attend three years of language classes. You must pass a test on Denmarks history, culture, and a Danish language test:

You must live in Denmark for 7 years before applying for citizenship.

You must demonstrate an intent to work, and have a job waiting. If you wish to bring a spouse into Denmark, you must both be over 24 years of age, and you wont find it so easy anymore to move your friends and family to  Denmark with you.

You will not be allowed to build a mosque in Copenhagen. Although your children have a choice of some 30 Arabic culture and language schools in Denmark, they will be strongly encouraged to assimilate to Danish society  in ways that past immigrants werent.

In 2006, the Danish minister for employment, Claus Hjort Frederiksen, spoke publicly of the burden of Muslim immigrants on the Danish welfare system, and it was horrifying: the governments welfare committee had calculated that if immigration from Third World countries were blocked, 75 percent of the cuts needed to sustain the huge welfare system in coming decades would be unnecessary. In other words, the welfare system as it existed was being exploited by immigrants to the point of eventually bankrupting the government. We are simply forced to adopt a new policy on immigration. The calculations of the welfare committee are terrifying and show how unsuccessful the integration of immigrants has been up to now, he said.

A large thorn in the side of Denmarks imams is the Minister of Immigration and Integration, Rikke Hvilshoj. She makes no bones about the new policy toward immigration, The number of foreigners coming to the country makes a difference, Hvilshøj says, There is an inverse correlation between how many come here and how well we can receive the foreigners that come. And on Muslim immigrants needing to demonstrate a willingness to blend in, In my view, Denmark should be a country with room for different cultures and religions. Some values, however, are more important than others. We refuse to question democracy, equal rights, and freedom of speech.

Hvilshoj has paid a price for her show of backbone. Perhaps to test her resolve, the leading radical imam in Denmark, Ahmed Abdel Rahman Abu Laban, demanded that the government pay blood money to the family of a Muslim who was murdered in a suburb of Copenhagen, stating that the familys thirst for revenge could be thwarted for money. When Hvilshoj dismissed his demand, he argued that in Muslim culture the payment of retribution money was common, to which Hvilshoj replied that what is done in a Muslim country is not necessarily what is done in Denmark.

The Muslim reply came soon after: her house was torched while she, her husband and children slept. All managed to escape unharmed, but she and her family were moved to a secret location and she and other ministers were assigned bodyguards for the first time  in a country where such murderous violence was once so scarce.

Her government has slid to the right, and her borders have tightened. Many believe that what happens in the next decade will determine whether Denmark survives as a bastion of good living, humane thinking and social responsibility, or whether it becomes a nation at civil war with supporters of Sharia law.

And meanwhile, Canadians clamor for stricter immigration policies, and demand an end to state welfare programs that allow many immigrants to live on the public dole. As we in Canada look at the enclaves of Muslims amongst us, and see those who enter our shores too easily, dare live on our taxes, yet refuse to embrace our culture, respect our traditions, participate in our legal system, obey our laws, speak our language, appreciate our history  we would do well to look to Denmark, and say a prayer for her future and for our own.

Susan MacAllen is a contributing editor for  FamilySecurityMatters.org.
Salute the Danish Flag  its a Symbol of Western Freedom  By Susan MacAllen 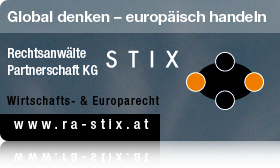